Warning: file_put_contents(): Only 0 of 190755 bytes written, possibly out of free disk space in /opt/bitnami/apps/wordpress/htdocs/wp-content/plugins/wp-less/lib/Compiler.class.php on line 110
 iPhone vs Samsung: Which smartphone should you buy in 2022 | ZestMoney 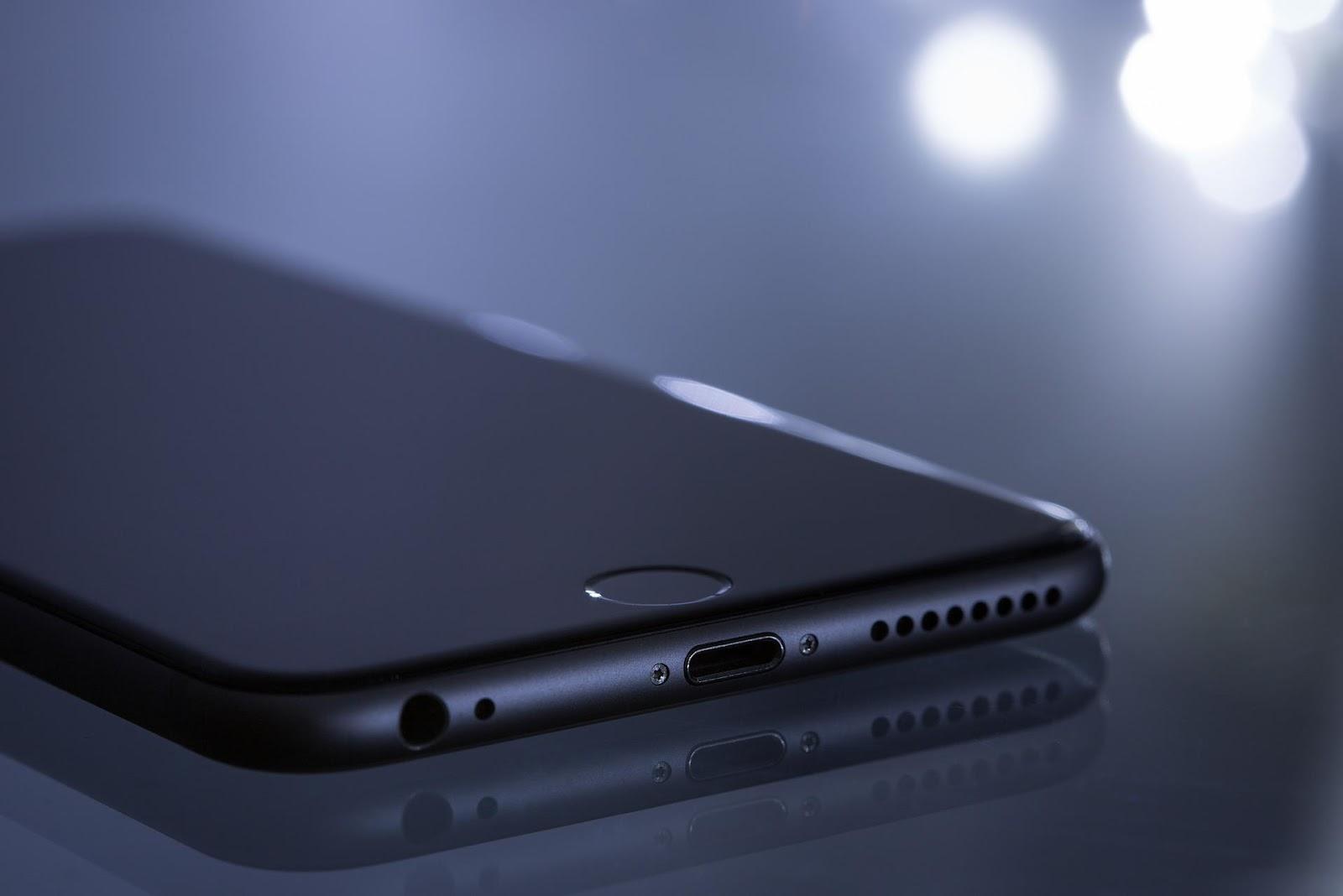 iPhone vs Samsung: Which Smartphone should you buy in 2022

Confused about which smartphone to buy in 2022? Don’t worry, this blog about iPhone vs Samsung is here to help you pick the right fit.

iPhone vs Android has been and continues to be one of the most heavily debated topics in the smartphone industry. To evaluate the two, there are many factors to be considered and measured. iPhone vs Samsung is currently a trending debate as both the conglomerates have numerous new releases in the market, not just in the smartphone arena but also in smartwatches, headsets, tablets, etc.

Samsung and Apple are giant leaders in the smartphone market. The difference between iPhone and Android is significant as the products of both come with a unique and individual set of features and benefits. Some of the many factors to be considered include storage, security, camera features, etc. While both the phones offer these, the quality and the standards of each model can differ. Other than the technical aspects, even the brands themselves, in terms of user loyalty and customer experience have to be compared.

Having a solid and trustworthy smartphone has become a necessity of sorts because of the innumerable tasks a smartphone performs.

Here is a list of key differences in factors to help you answer the question, Samsung vs iPhone: Which is Better?

Pay with ZestMoney at these leading merchants

iPhone vs Samsung: Factors of Comparison

iPhone vs Samsung price can either be in the two ends of the spectrum or it can lie around the same range depending on the model. Samsung smartphones are definitely in the more affordable category as they have a variety of models. Samsung phones can start as low as Rs. 9,500, making them a more cheap and available option for many including students.

iPhones on the other hand are known for their premium price. This is mainly due to the separate software that is used as opposed to all Android phones using the same software across the market. Although iPhones are generally on the slightly more expensive side, it is packed with incredible features which can be noted through their customer loyalty. It is commonly noticed that iPhone users usually want to stick with Apple smartphones and do not want to switch. But some models like the Samsung S21 and iPhone 12 both fall under a similar price category, Rs. 55,000-70,000*.

Although price is one of the top factors it is not the only factor that must be considered while comparing iPhone vs Samsung. This is so because iPhone features and benefits cannot be measured by just looking at the price.

Sign up with ZestMoney and buy the iPhone or Samsung smartphone of your choice in less than 10 minutes!

Due to the varied models of phones that Samsung launches into the market, its  hardware  is slightly more modern and fast-changing compared to iPhones. For instance, the OLED screens were introduced in iPhone markets a decade later compared to Samsung smartphones, which had included this feature in the Galaxy models’ initial release.

Hardware factors like speakers, microphones, processors, WiFi chips, etc differ in terms of technicality and quality from iPhones and Samsung phones. From the general user experience, it was said before that the iPhone speakers are comparatively superior to Samsung phones. But, this is changing with the latest and upgraded models of Samsung. Samsung also recently acquired Harman electronics company, making it more viable for Samsung hardware to increase in quality.

But at the same time, iPhone hardware is also considered to be robust because of its fast-performing processors and because their hardware and software are fused together which creates ideal results. When it comes to hardware it can be noted that depending on the facet of hardware it can change when comparing iPhone vs Samsung.

It is commonly said that it is an unproven fact that the iPhone camera quality is the best in the market and it is one of the advantages of iPhone over Android smartphones.

iPhone camera quality can be credited to a variety of factors including the usage of Sony Sensor, and mainly the commendable Image Sensor Processor or ISP it possesses. Even the older models of the iPhone like the iPhone 6s have good camera features like a 12MP front camera with autofocus.

Samsung smartphones are also considered to be a good option for professional phone photography. The Samsung Galaxy S22 has an Ultrawide camera with a 10MP Selfie Camera. Also, it has a ‘Nightography’ mode which allows you to click sharp and clean images at nighttime.  One of the best Samsung phones to buy under 40000 is the Samsung Galaxy F62 which is known for its excellent camera quality.

Looking to buy your favourite iPhone or Samsung Smartphone on a budget? Get 0% interest EMI in 5 Minutes!

While comparing iPhone vs Samsung, it is necessary to analyse the operating system of both. Many of iPhone’s features and benefits are encapsulated in its operating system. iPhone smartphones use Apple IOS while on the other hand, Samsung phones use Android Operating System.

Some of the many advantages of Android operating system include customizability of User Interface, cloud storage, functioning of multiple applications at once, continual updates of features and benefits, external memory expansion through memory cards, etc.

Some of the benefits of Apple IOS include a smooth User Interface and robust security. One of the advantages of iPhone over Android is the heat generated while using iPhones is a lot less compared to many Android phones.

In the Android vs iPhone debate, it is generally stated that Android smartphones have a much stronger battery life compared to iPhones. This stands true for even the iPhone vs Samsung  debate.

Many Samsung smartphones have an excellent battery life like the Samsung Galaxy M33 5G which has a battery life of 6000 mA. iPhones on the other hand, even the latest models, have a battery life much lower compared to iPhones. Also, the charging is usually quicker for Samsung phones. Thus, in Samsung vs iPhone battery life, Samsung takes the win.

When it comes to storage, Samsung phones are superior to iPhones. This is so because Samsung phones offer an external expansion of memory. That is, users can insert a memory card or SD card, and have additional storage to the phone storage. Also, Samsung users have unlimited cloud storage as opposed to only 5GB on iPhones. iPhones do not have the option of expandable storage, so they have limited storage.

Get ZestMoney EMI and buy the latest models of smartphones at affordable rates!

iPhone vs Samsung: Comparison of a few of the Best Models

Why pay in full? Sign up with ZestMoney and buy your favourite smartphones on EMI instantly.

Buy your favourite Samsung phone on EMI and pay later interest-free** by signing up with ZestMoney.

Buy the latest models of Samsung and iPhone in the market and pay later interest-free by signing up with ZestMoney.

ZestMoney can help you buy your favourite phone between iPhone vs Samsung in just a jiffy. These are some of the most important factors to consider while choosing between iPhone and Samsung. You can buy any of these, be it the best Samsung phones for camera or the best iPhones for videography, easily with payment in instalments with zero hidden costs.

ZestMoney is the perfect option for you to purchase your Samsung phone on EMI or Best Samsung Phones Under 15000 or any of these on EM. ZestMoney has numerous partners including Flipkart, Croma, and Amazon, making it easier and smoother to buy your favourite phone on EMI! With ZestMoney EMI you can buy your smartphones at the best affordable rates!

*These prices are subject to change based on the retailer and market value.

You’re the centre of our universe!